The PARITY team is thrilled to announce that the trial has reached a major milestone!  On December 21st, the 200th participant was enrolled in the study.  This is a very exciting time for the PARITY team as this number represents one-third of the total enrolment target.  The New Year promises several new international sites and a protocol amendment to expand the eligibility criteria, both of which should help increase the pace of enrolment.  On behalf of the entire PARITY team, we hope you have a happy and safe holiday season … and all the best in 2017! 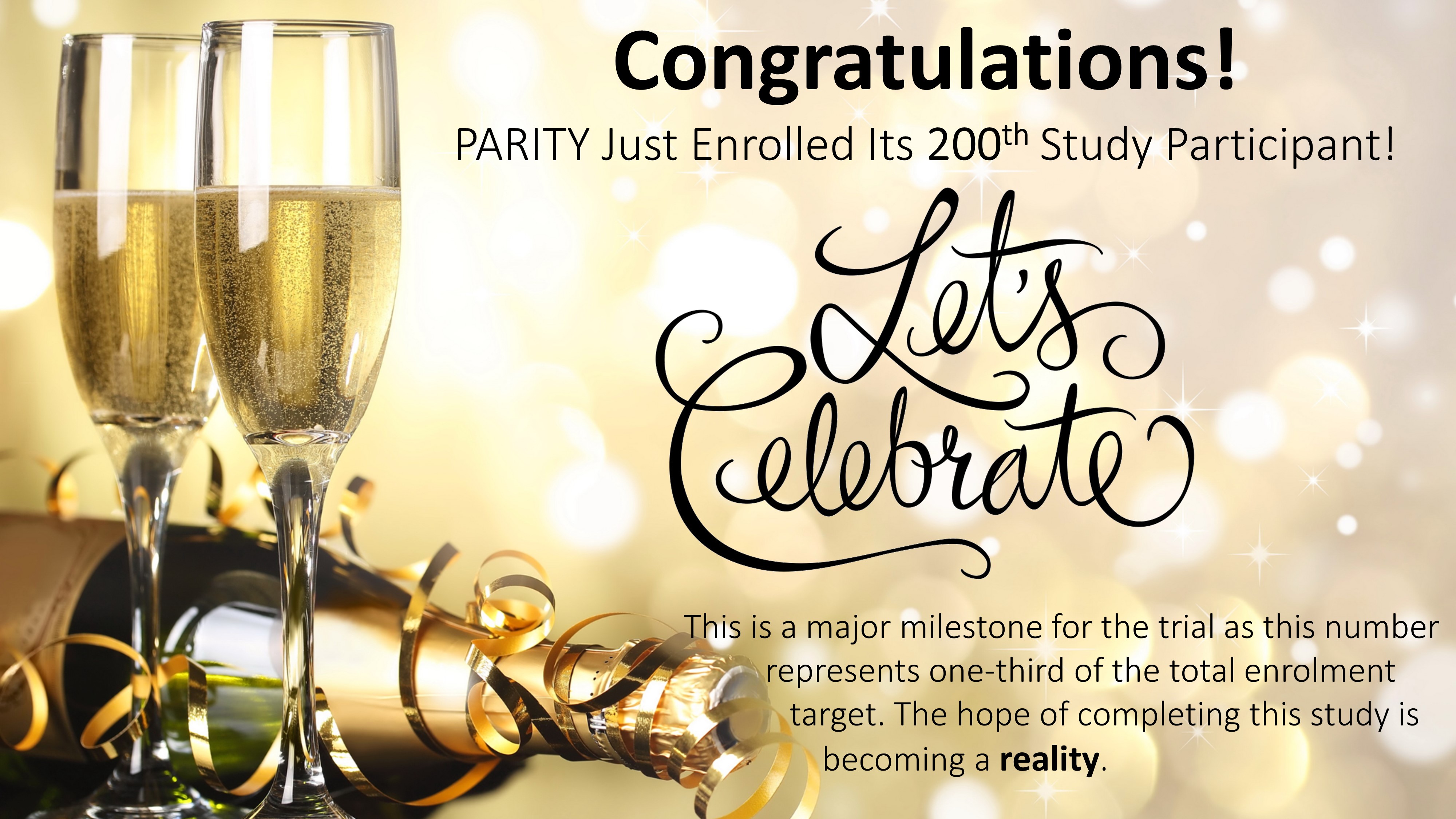